So here’s today’s Flea Market Karma story:
Three years back I’m prowling the market and I find these two bizarre surrealist paintings. The dealer tells me they’re by a famous artist, Alan M. Clark, who’s done work for Stephen King and many others. I think, yeah right. I buy the smaller of the two, though I immediately regretted not getting both. (I went back the following week and bought it.)
I get home and do what one does, look up the artist and friend him on Facebook. It went something like, “Hi, you don’t know me and… I just purchased one of your paintings at a local (CT) flea market. I have a bead on a second, don’t know if I have the wall space, but love all of the gruesome whimsy. I’m also a writer–both fiction and non-fiction–and appreciate great cover art.” I have to admit that once I knew he was the real deal I had concerns the paintings were stolen.
Alan responded confirmed they were both his. I learned he’d painted them decades earlier, had sold them, and had never been fully paid. We’ll call the culprit Mr. X.
At the time I was working on HAFFLING, and queried Alan about doing the cover. He said yes, and has just delivered the second painting for my upcoming paranormal thriller DARK BLOOD. I couldn’t be happier and love the old-school approach to cover art—an actual painting.

The punchline to this, was provided by a friend of Alan’s, after he’d mentioned how I’d found his paintings and he was now doing my Caleb James covers, ‘Thirty years later and you finally got paid for Mr. X’s paintings.’ 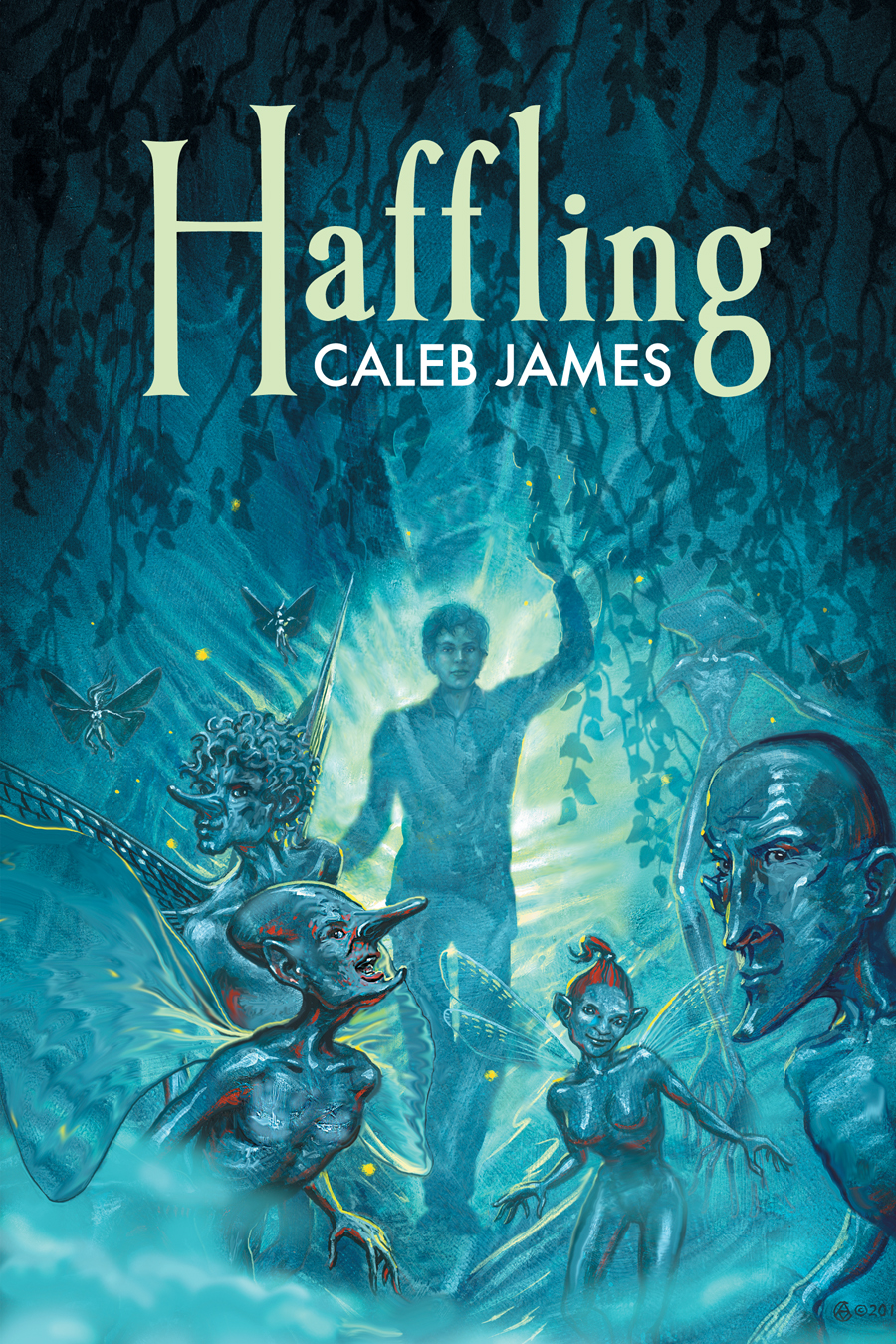 admin
Caleb James
0
An Interview with Caleb James Previous
Share:
How I Lost my Head Next

An Interview with psychiatrist to the fey, Dr. Redmond Fall

For the Fourth of July: Freedom is not Free (Excerpt from Exile)